FreePrintable.net, which comprises more than 100 websites of free printable templates for home and business purposes, has dozens of forms useful for theaters and film productions. This packet, with 50 curated designs, features the best and most popular templates available at BusinessFormTemplate.com, as well as several bonus forms from InstantResumeTemplates.com, PrintableInvoiceTemplates.net and PrintableCashReceipts.com.

Actors who are looking to land roles in theater or film can make use of these resumes (for children and adults), bios, invoices and release forms.

Filling seats is an important part of putting on a show, which is why there are several receipts and invoices for theater tickets and subscriptions. There is also a ticket template that can be modified for different show titles, times and locations.

Keep the cost of production to a minimum with these daily film production reports, location and appearance release contracts, camera shooting logs and script supervisor notes. There are also contracts for extras and video production deals.

It takes a lot to get a show off the ground, but any good stage manager can use these forms to keep everything moving smoothly. Audition, callback and contact templates can help get a cast and crew. Then there are schedule and conflict forms as well as sign-in sheets, costume and prop forms, blocking notes and scene or script breakdowns for rehearsals. Sound and light cues, costume changes, line notes and performance reports can help bring it all together.

Whether you’re staging a musical or shooting on location, these papers can all be printed as a PDF or DOC file. Some files are also available as an XLS spreadsheet. Choose between color (when available) and black and white, and remember to always print at 100% so that the designs stay true to size. 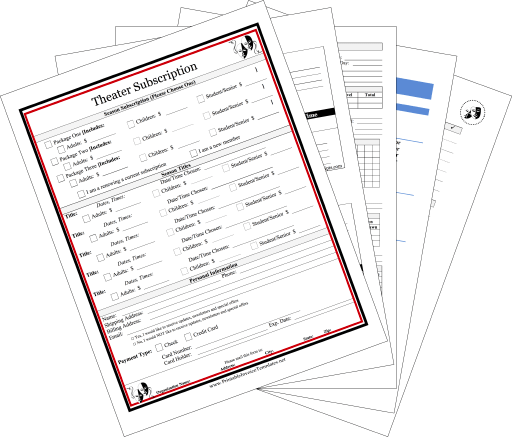